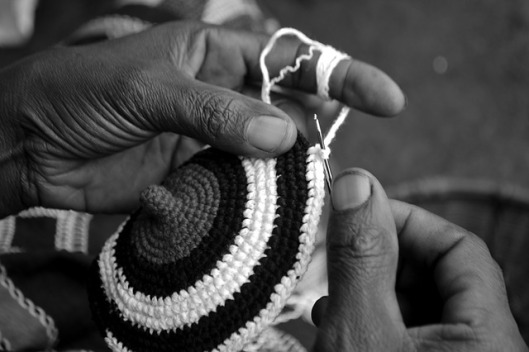 There is an old story about a woman who lives in an ancient cave, who weaves a garment of incredibly beautiful design. Every so often she stops her weaving to stir soup in her cauldron, and when she does, the black dog who also lives in the cave unravels her whole design. So the old woman begins again. But of course, she never quite finishes.

Looking back on the last year, it feels like a year of a lot of unraveling — horrible violence, destructive prejudice, a changing planet — often a sense of being at a tipping point where it seems the world might fall irredeemably into one darkness or another. Many people seem to feel a renewed sense that they are fighting a war and must double down on their efforts. Many others seem to feel a strong sense of despair and want to retreat inward instead.

It is easy to be seduced by either way of thinking. But the black dog has visited before, and the world has yet to go to hell in a hand basket. Friends, the job seems clear. Whatever it is that you do in the world, pick up the threads and keep weaving.